Diaries of a Lonely Pessimist

About ten minutes before the time I am currently typing this at, I was eating Cheerios during study. Now, our school has a strict "no eating" rule, unless you're at lunch, of course. But I couldn't take it. It was only about 9:40 and I don't have lunch today until 12:30, which is in almost three hours. What sane person could take that? So I was snacking. Ironically, I was looking up how many Cheerios were in a single serving online when they spilled all over the floor. Not only was I embarrassed, but also angry at myself for spilling them. They were Cheerios for crying out loud, they were fucking delicious! And now they're over in the trash can, all covered in floor dust and sadness.
Even though that was a pointless and maybe even stupid story, it got me thinking. Such a little thing like that can knock someone down for the rest of the day. I try to keep my confidence up in a certain system; if I do three embarrassing things in one day, then I deserve to be upset. But two or less, and I need to learn to suck it up. Unfortunately for me, spilling the Cheerios was strike three. I'd already placed my bag down at the (quote on quote) "popular girls" table in the morning before homeroom, resulting in me quickly scurrying away red-faced, and I'd practically cried in art class because the wire we were working on kept pricking me and I felt dizzy. Spilling the Cheerios is downright going to be the downfall of my day. They were so delicious, and now they're in the trash can across the room, mocking me.
Thinking even more, I noticed a lot of things bum me out. As a kid, I tried to be optimistic (the whole "glass half full" bullshit, ya know) but I always saw things negatively. I even saw the glass half empty. It was only until this year I realized I was a pessimist. This means that I always look down upon things, frowning, and generally being in a horrible mood. In the "wonderful" suburban piece of shit school I go to, practically everyone is a fucking optimist. They're always happy happy happy, laughing and giggling over nonsense with their cliques of clones.


Even as a kid, I knew I didn't want to fit in with everyone else. I believe I've discussed this before, maybe? (EDIT: I did, here) I liked old-fashioned things, different kinds of music, and artwork. Most kids I knew just liked hanging out with friends and goofing around. At first I thought that maybe I was simply maturing faster than they were. I had heard that girls matured faster than boys and at the time this was ridiculously true- it still is, even now. But I still like many things other people, even my closest friends don't like. It's gotten to the point where my only friend is the internet, because everyone there seems to like the same things I do. As I've discussed before, I'm an introvert, and proud. I'm not being "antisocial," like my parents say- okay, well maybe I am. But it's not because I'm afraid of making friends or whatever they're concerned about. I just like being by myself, and I prefer the company of music and fine arts to people.
I hope yet another personal post didn't bore the hell out of all of you (that is, the few who will read this, anyway) and that you found my inner thoughts somewhat entertaining. I wish there was someone I could relate to (even a celebrity/musician would be nice), but like I said, talking to people just isn't my thing. I get all flustered and I blush, my eyes start to water, and I start shaking, I look like I'm crying. Maybe that's why I don't like talking to people, or at least they don't like me.


Audio Diary of a Lonely Pessimist from itsamodmodworld on 8tracks Radio.
Songs for when you feel angsty and like no one cares. To go along with my blogspot article, nothing special.

Arielle Gavin's "Honesty Competitions" by Bonjourgirl
Naomi's Diary Entry for May 30, 2012 by Rookiemag
Posted by Unknown at 7:40 AM 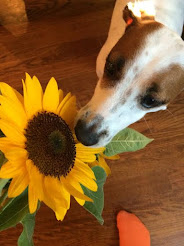 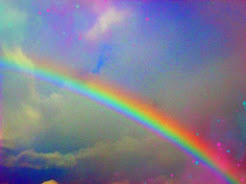